that's what friends are for

small circle of friends that want to be together in private.

You are not connected. Please login or register 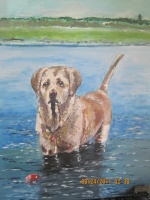 INFORMATION OBTAINED ABOUT THIS CASE ONLY.
Kaci

Info for most past interviews and info from OSCO
Kaci

Info from Fox News and links to most all info given to media.

WFTV - All interviews with family, friends, LE and doc dumps to date.

CFN News of timelines to date with link to what was released on those dates.

Wikipedia - Regarding Casey Ant. Has info on both the case to date with explination of terms used from Med Examiners and LE etc...

CFN News when Doc's were released. 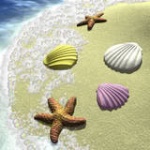 The latest details of the case against Casey Anthony filled noon newscasts Wednesday.

Anthony hyperventilated when she learned daughter Caylee's remains were found, WFTV-Channel 9 anchor Vanessa Echols said in opening the newscast. "That was just one of the many blockbuster details released today," Echols added.

On WKMG-Channel 6, Tony Pipitone said the big news was a link between the Anthony home and evidence found with the toddler's remains. Duct tape on the child's skull is "almost identical" to tape found on a gas can that was in Casey's car trunk, Pipitone said. "The circle is tightening around Casey Anthony," Pipitone said.

WKMG highlighted other connections: The cloth laundry bag holding Caylee's remains is like one in the Anthony home. A heart sticker that had been affixed to the duct tape on the child's mouth is like stickers in the home. "There is just one thing after another," Pipitone said of the latest documents released Wednesday. Pipitone said definitively there were no fingerprints on the duct tape.

WFTV-Channel 9 also cited the laundry bag connection. But reporter Kathi Belich focused on Casey Anthony's diary. "One of the most disturbing things" was the June 21 page, Belich said.

"This is the happiest I have been in a very long time," Casey wrote five days after Caylee disappeared. "I hope that my happiness will continue to grow. " Anthony also wrote she had "no regrets," said she knew she made "the right decision" and added that she hoped the ends justified the means.

Casey Anthony is charged with the first-degree murder of her daughter.

WKMG also focused on an Anthony friend who asked about the chloroform in the car trunk. Casey said she had had cleaning solutions in the trunk and tried to implicate former fiance Jesse Grund, the friend said.
http://blogs.orlandosentinel.com/entertainmen...
Mish

This is the first Cindy had told LE that Winnie the Pooh blanket is missing from Caylees room and matches one found at crime scene.
Kaci


Do the pieces in the Casey Anthony case add up? We ask legal experts